Antonio Brown, the infamous ex-NFL athlete has created a trail of mayhem over the past eight months both personally and professionally. Read about his journey since March and why it is important for brands to understand the power a person can hold over their reputation.

Traded from the Pittsburg Steelers to the Oakland Raiders for a third-and a fifth-round draft pick. Brown was given a three-year $30.125 million extension.

Brown shows up for training camp with extreme frostbite on both of his feet from a cryotherapy machine since he was not wearing the correct footwear. 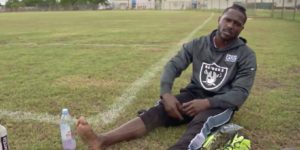 The NFL requires all players to wear helmets certified by the National Atheltic Equipment Reconditioners Association.  Brown’s helmet is prohibited for wear in the NFL which causes Brown to threaten to altogether leave football. He eventually leaves practice after the first half and does not return for two weeks.

Brown returns to training camp but loses his first grievance for his non-regulated helmet. Brown again leaves training camp early which causes him to be fined for $40,000.

Brown posts a private letter on Instagram sent to him from Raiders general manager Mike Mayok. The letter which informed him of his $13,950 fine, advised him not to continue to miss mandatory team activities. 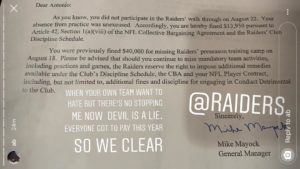 Reports leak that Brown will be suspended by the Raiders for conduct detrimental to the team. Although, the next day Brown is back in the building and apologizes during the team meeting.  Things are seeming to look up for Brown and his position on the Raiders.

Brown is fined over $215, 000 after posting a video to YouTube which features a recorded phone call between coach Jon Gruden. Brown then proceeds to ask the Raiders to release him via Instagram which they then do. Due to the fine from conduct detrimental to the team, the Raiders decide to void the $30 million guaranteed in his contract.

And that’s fine ! I have worked my whole life to prove that the system is blind to see talent like mines.Now that everyone sees it, they want me to conform to that same system that has failed me all those years. “I’m not mad at anyone. I’m just asking for the freedom to prove them all wrong.” Release me @raiders #NOMore #theyputblindersonahorseforareason #NoMoreFake

Within a day of Brown being released from the Raiders, he is signed to the New England Patriots for a $15 million one-year deal including a $9-million signing bonus.

Britney Taylor, a former trainer for the New England Patriots accuses Brown of rape and names three different incidences where Brown sexually assaulted her in 2017 and 2018. 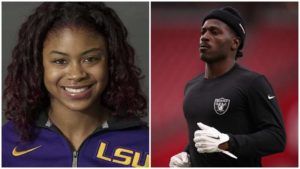 Xenith the helmet manufacturer, dropped Brown from their helmet partnership. It is still unclear if Xenith dropped the endorsement with Brown because of the sexual assault allegations or because he decided to wear a different helmet brand. 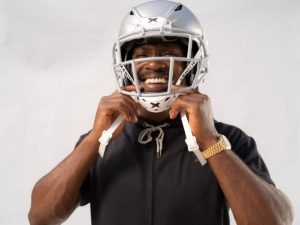 A spokesperson for Nike announces that Brown no longer has a shoe deal with Nike and was released from being a Nike athlete. Despite the spokesperson declining to speak on Nike’s decision, signs suggest Brown’s sexual assault allegations are what prompted the release.

The Patriots put out a statement saying they have released Antonio Brown 11 days after he was picked up. Vaguely stating that they feel it is best for them to move in a different direction.

Brown states he will not be playing in the NFL anymore in a series of tweets.

Brown announces he has re-enrolled for online classes at Central Michigan State, posting his schedule to his Instagram story. Brown played three seasons at CMU and continues to hold reign as the school’s all-time leading receiver. 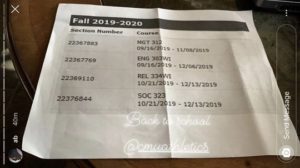 What if Nike would have waited another week to release Brown? Or what if the Patriots decided to keep him on the team for the rest of his contract? Would this have affected their reputation or would it have brought them more attention? When a brand decides on a specific person to sponsor in order to leverage their marekting efforts, they have to be incredibly careful about who they choose. Endorsements are nothing new to the sports realm and athletes can lose them fairly fast if their behavoir doesn’t line up with the company’s morals. Although, who decides when it’s the right time to release an athlete, how do they know when it will become detremental to the brand?

Posted on September 27, 2019 by Michaela Hedderman